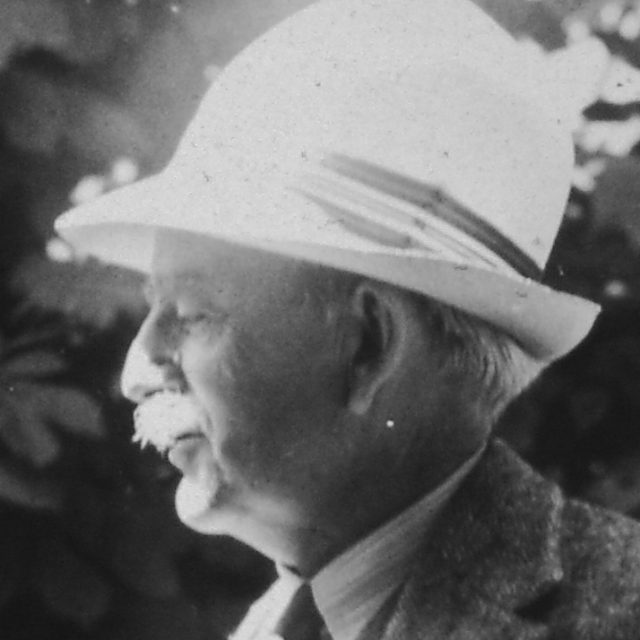 Johannes Wilhjelm belongs to the circle of younger Skagen painters, who were active in Skagen in the first decades of the 20th century.

Wilhjelm was a student at the Academy of Fine Arts in Copenhagen in 1890, and from 1892 to 1894 he attended the alternative academy Kunstnernes Frie Studieskoler under Peder Severin Krøyer. In 1893 he travelled to Italy along with the painter Kristian Zahrtmann, and that same year he exhibited for the first time in the annual Charlottenborg Spring Exhibition, where he exhibited regularly until his death.

He continued his training at the Kunstnernes Frie Studieskoler in 1903-1904, where it was Zahrtmann who was responsible for the tuition. The training and the journeys to Italy came to have great significance for Wilhjelm.

Johannes Wilhjelm was present at Krøyer’s funeral in Skagen in November 1909, and he returned to Skagen in the years 1910-1913. He bought a house in Skagen Østerby in 1916, and after this he was a regular visitor to the town. Art Museums of Skagen’s collection include several of his works, most of them with scenes from Skagen, but also painting from Civita d’Antino.

From Skagen, Wilhjelm painted several pictures of the Sand-Covered Church, but he was also interested in portraying his family on the shore or in the garden.