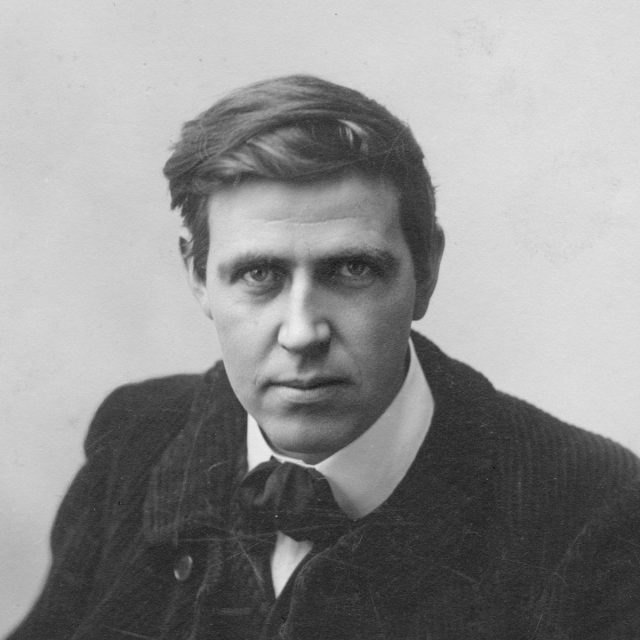 Axel Locher was the son of the Skagen painter Carl Locher (1851-1915), and like his father he lived and worked in Skagen for several period during his lifetime.

In the beginning of the 20th century Axel Locher emerged as a prominent sculptor. His works for Royal Copenhagen and the Bing & Grøndahl porcelain factories are found in many Danish homes and his monumental statues of the Danish people tower over the parliament building Christiansborg Slot.

At the age of 12 Axel Locher became a student of sculptor Vilhelm Bissen. In 1894 he was accepted to the Royal Danish Academy of Fine Arts. As a young sculptor, Axel Locher began working for the Bing & Grøndahl porcelain factory and the artistic directorship of artist J.F. Willumsen. Locher collaborated with Willumsen on the factory’s presentation for the Exposition Universelle in 1900 in Paris, which became a triumph for Danish porcelain. Following the Exposition Universelle, Locher left Bing & Grøndahl, but continued to model figurines for both the Bing & Grøndahl and the Royal Copenhagen porcelain factories.

From his childhood home, Locher knew prominent actors of the era like Olaf Poulsen. As an adult, actor, opera singers, and ballet dancers became his favourite motif in a large series of theatrical statuettes, which he made in plaster of Paris. The theatrical statuettes were made over a period of around 30 years in collaboration with his wife, artist Jo Hahn Locher, who painted the statuettes.

Late in life, Axel Locher relocated to Skagen permanently. He died at Hjørring Hospital and is buried next to his father in the artists’s section of Skagen Assistens cemeteray.