The drowned boy is brought ashore

The drowned boy is brought ashore

This painting was the last image that Laurits Tuxen exhibited at the Salon in Paris. The theme of the drowned cabin boy is best known in the works of the Skagen painters in Michael Ancher’s painting The drowned from 1896. But Ancher’s dark interior and Tuxen’s sombre colours are exchanged with open air, sunshine, and vibrant colours. The painting was created in Vesterby on the beach west of the King’s summer residence, Klitgården. Tuxen took a photograph of the three fishermen to help create the motif. He also made several sketches and modelled several small figure groups, so that he would not need live models to paint from all the time. The three men who modelled for him were each given money and a photograph of the painting as thanks. Tuxen kept the painting until 1926, when he gave it to Skagens Museum. 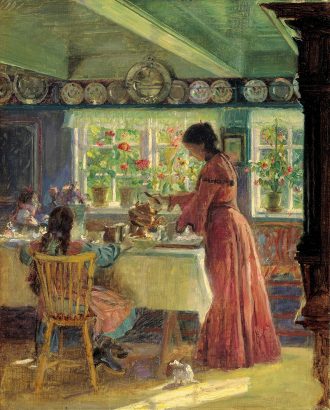