Anna Ancher standing in the Doorway. Sketch for ”Portrait of my Wife” 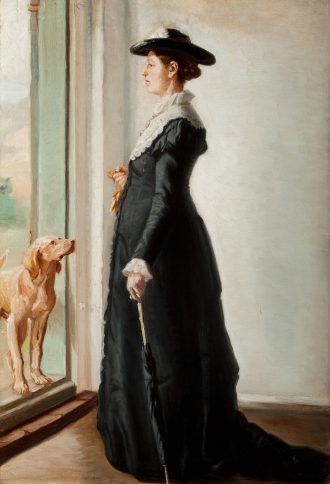 It was very popular among the artists of the period to paint full-figure portraits of their wives, and Michael Ancher’s portrait of Anna Ancher was a study for a larger painting that is now a part of the Hirschsprungske Collection in Copenhagen. When Ancher painted his wife, she was pregnant with Helga Ancher, who was born on 19 August the same year.

The finished portrait shows a life-size Anna standing in a doorway on the threshold of something new. It is a tribute to Anna and the coming child, but when it was exhibited in Copenhagen in 1884, it caused a furore. It was regarded as offensive to depict a pregnant woman, because even though motherhood was respected, pregnancy reminded the audience of the sexual intercourse that had taken place before the pregnancy. 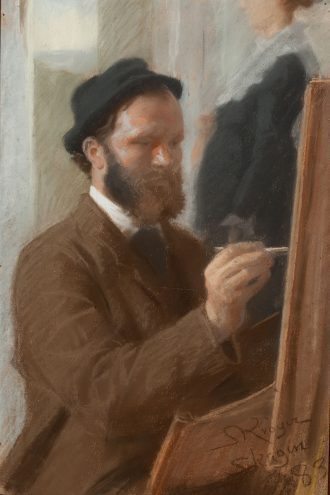 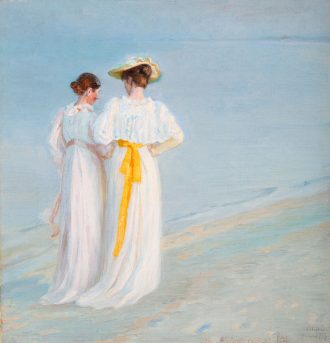